Who are these Faces of Recovery?

Anyone who has been affected by addiction knows that the sickness does not differentiate between rich and poor or black and white and that even those with fame and fortune are not safe from the news displaying their Faces of Recovery. The showbiz world is home to many recovering celebrities. And, just like millions of people worldwide, many brilliant musicians’ actors and athletes are living fit, fruitful lives in recovery.

When faced with rehabilitation,

Consequences and sobriety, many addicts and  many Faces of Recovery, I wonder if they can ever find some sort of fulfilment again?
What’s going to happen now? Am I going to have to live a boring life? Am I ever going to feel adrenaline again? Am I ever going to have fun again?These are normal questions, especially for those who have not really faced their consequences or realised just how depraved their lives had gotten. They remember the good times, forgetting the chaos, anxiety and pain that came with using.

The thing is that all these questions and doubts are symptoms of denial. People living a life of recovery enjoy success, happiness, love and laughter. If you have found yourself questioning your recovery, worrying that you will never find that ‘excitement’ and ‘purpose’ again – think twice. Below are a list of recovering addicts and recovering alcoholics who hold the recovery flag high. These The Celeb Faces of Recovery are a testament to the programmes we run. They are the celebrity of recovery and prove to you, the world, just how much you can actually turn your life around if you choose to do so.

These are just celebrities, well-known names in entertainment, music, comedy and business. These are just interesting reads. If you want to find more inspiration, more success stories, just look around the rooms of Narcotics Anonymous and Alcoholic Anonymous. .. and listen. All those who have chosen recovery have in essence chosen life. Yes, Robert Downey Junior and Russell Brand are awesome motivators – but us recovering addicts, we are everywhere. We are the CEOs of major corporate companies, well-known artists, musicians, DJ’s and successful authors.

We are all around, just open your eyes. A good, happy and successful life awaits us, if we choose to jump into our recovery.

Many stars have been completely down and out, falling into the pits of addiction, hitting rock bottom and then finding the basement… again and again and again. Think Lindsay Lohan, Charlie Sheen and Amanda Bynes. But just as unhopeful as these three celebs seem, there have been many other down and out stars who have found recovery and made peace with their addictions. These stars have gone on to live fulfilling healthy and hugely successful lives. Charlie Sheen can look close to home to find inspiration…

Maybe the most famous face of recovery, 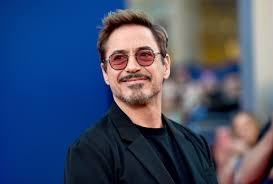 Ironman Robert Downey Jr. was a growing star but many thought Downey’s career was over due to his addiction and excessive partying.
He found recovery and is 18 years sober today.

He is  is an inspiration to all addicts seeking recovery. If he can do it, we can do it. RDJ (yes, I did that), has been arrested several times for drug possession, he has spent time in jail and institutions throughout the years. His career was dying, as was he. The world had lost hope for him, he had lost hope. RDJ finally kicked the habit in 2001 after committing himself to NA, the program and recovery. He has since gone on to star as Tony Stark (Iron Man folks!) and Sherlock Holmes! RDJ has spoken out about his son’s addiction problems, and his staunch support of his child is truly inspiring. It is amazing what recovery can do for families… one addict helping another and all.

Remembering his painful past helps RDJ stay clean. “I don’t pretend it didn’t happen,” he told Playboy interviewer .
“More than anything I have this sense that I’m a veteran of a war that is difficult to discuss with people who haven’t been there.”

“I reached out for help and I ran with it, you know?”

The star of the “Harry Potter “movies has battled with alcoholism. While his Harry Potter character was innocent and heroic, for Daniel, real-life trials started destroying him, namely his addiction to alcohol.  “The drinking was unhealthy and damaging to my body and my social life.”

“My recovery from drug addiction is the single greatest accomplishment of my life because it broke the cycle of addiction in my family.”

Ironically, Curtis played Lindsay Lohan’s mother in the film ‘Freaky Friday.’ Both actresses suffer with the disease of addiction however; Curtis has opened up about her struggle and her recovery. She became addicted to prescription medication after a routine surgery. Curtis has been clean for 10 years and is quoted as saying, ‘My recovery is the single greatest accomplishment of my life. Without that, the rest of my life would have fallen apart… Recovery is an acceptance that your life is in a shambles and you have to change it. I was lucky, I didn’t have to lose anything.”

Better known as Eminem, began his recovery journey in 2007 after an overdose. In 2010, he released an album inspired by his sobriety, Recovery.
“I can show people that no matter how down you are, it does get better.”

Says his recovery from alcoholism includes regular 12 step meetings  “I removed my drinking privileges. There’s great value in that.”

He entered addiction treatment after his second DUI arrest. After recovery won five gold Olympics medals
“I think I was at a point in my life where something needed to change.”

another of our Faces of Recovery he has admitted to struggling with alcohol abuse all his adult life. Drinking has, apparently, gotten in the way of his career and relationships, though the drinking wasn’t constant, binge-drinking is another form of alcohol addiction.

Entered addiction treatment for the 3rd time in 2006 and has been in recovery.
“I have so much to be grateful for in the present.”

Has been in recovery for over 25 years. He is actively engaged in the sober community.
“Being in recovery has given me everything of value that I have in my life” 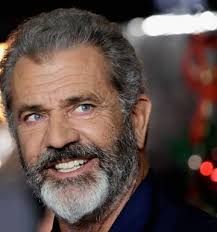 Has publicly admitted to struggling with alcoholism for much of his adult life. Gibson describes the harsh reality that comes with quitting alcohol.  Mel Gibson’s road to recovery and his story offer hope and encouragement to all battling with alcohol and drug addiction. “They say there’s only three options: You go insane, you die, or you quit.”

One of our Faces of Recovery Of Friends fame battled an addiction to alcohol and opiates before becoming sober in early 2000
“Eventually things got so bad that I couldn’t hide it.”

Has been sober for a quarter of a century! His treatment involvement and recovery have influenced his career.
“We can make a mistake and overcome things to make ourselves stronger.”

Found treatment for an addiction to alcohol and opioids in his late 20’s
“If hadn’t changed my life. I never would have been able to have the relationships that I do.”

Other celebrities in recovery include:

These are just a few Faces of Recovery. They may seem like celebrities, unreachable and unattainable – but these people get up, go to a meeting and share their stories with other recovering addicts. We are all the same, and we can all have success. Recovery is possible – never doubt it for a second.

Like celebrities finding a rehab centre and going through the whole rehab and treatment plan, will increase your chances for recovery significantly.

The time to enter recovery is now! For more information on how to help yourself or a loved one with alcohol, drugs or any other addiction issue and getting yourself into rehab to start a new life, call Houghton House now: